Not sure where the US Dollar is heading next? We recently released the third quarter US Dollar fundamental and technical forecast!

Financial markets are turning risk averse heading into Friday’s Asia Pacific trading session, with AUD/USD and NZD/USD pointing lower amidst broad US Dollar strength. The cause of worry stemmed from investors overpricing odds of a 50 basis point rate cut that the Federal Reserve now looks increasingly unlikely to deliver at the end of this month.

On Thursday, New York Fed Vice Chair John Williams juiced the S&P 500 at the cost of front-end government bond yields when he said that the central bank should “act quickly” to lower rates at the first sign of economic distress. This translated into broad US Dollar weakness and caused gold prices – the anti-fiat precious metal – to breakout to the upside.

This now looks overdone after it was reported that his speech was not about “potential policy action” but rather tailored for “academic” speech. Something to keep in mind of is that the central bank is heading into a blackout period, where policymakers will not be able to speak publicly until July’s interest rate decision passes. Without support, this leaves markets vulnerable until then should earnings or trade wars turn worse. 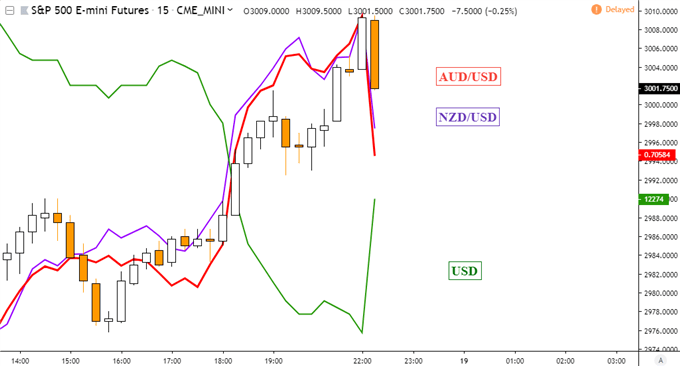 On a daily chart, AUD/USD is aiming lower after testing long-term falling channel resistance from the end of last year. This did follow a break above horizontal resistance between 0.7022 and 0.7048, and as such it should be treated with a grain of salt, especially given recent fundamental developments. A descent under 0.7022 opens the door to potentially resuming the dominant downtrend. 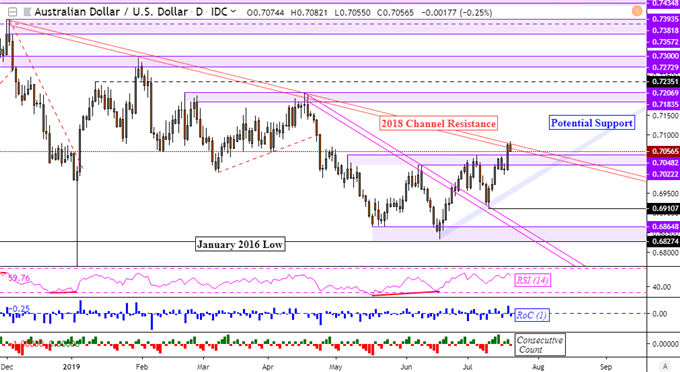 The upside push that S&P 500 futures saw in the aftermath of Wall Street close has lost some vigor. The risk of disappointment in markets on fading aggressive Fed easing bets is a clear downside risk for sentiment. If this translates into risk aversion in the final 24 hours of the week, the Greenback could have more room to recover at the expense of its Australian and New Zealand counterparts.

PIP: How much savings can I have on PIP?

PIP is a benefit payment from the Government