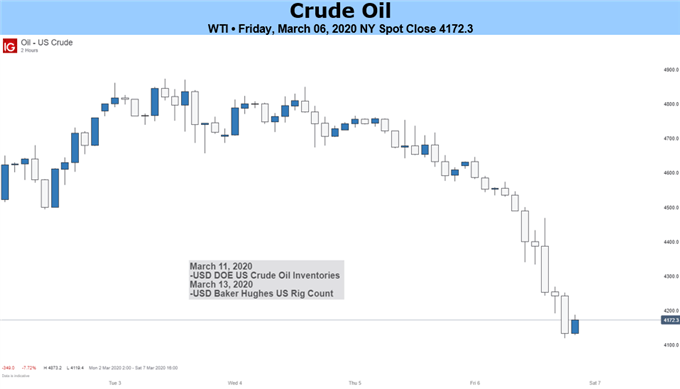 A game of brinkmanship between OPEC and Russia over new output cuts failed to materialize today. OPEC had proposed cutting oil production by 1.5 million barrels per day until the end of the year, yet Russia refused to back the cuts, instead pushing for an extension of the current level of production. OPEC’s proposal needs to have the backing on non-OPEC producers, including Russia. The breakdown in talks lead to oil declining over 10 percent Friday, the largest drop since 2014.

The continued spread of coronavirus is hammering demand for oil and this is unlikely to change in the months ahead. Chinese data showed economic activity slumped in January as businesses and factories shuttered and the economic malaise is spreading with global supply chains creaking and breaking, dragging economies across the world close to, or into, recession. A raft of central banks have either cut interest rates in the past week or are considering cuts before or at their next policy meetings in an effort to boost growth, but financial markets are ignoring this continued liquidity flush and continue to spiral lower.

Brent crude settled down today at $45.27/bb. Its lowest level since November 2016. Horizontal support at $50.25/bbl. on the weekly chart was broken with ease, opening the way for a potential test of $44.05/bbl. 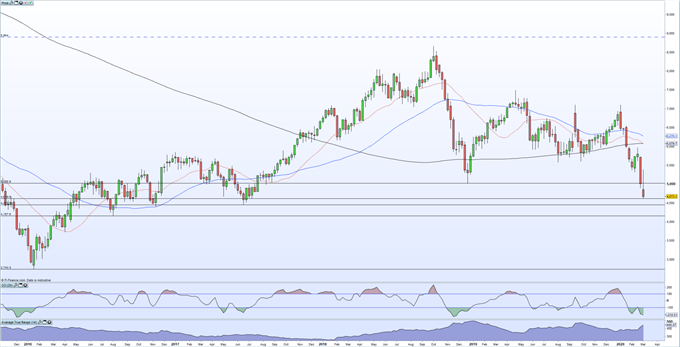 What is your view on Crude Oil – bullish or bearish?? You can let us know via the form at the end of this piece or via Twitter @nickcawley1.