The firm is employed by Luton and Dunstable Hospital and its shameful treatment of Blue Badge driver Hayley Brown was inexcusably incompetent.

The wrong was only rectified after Crusader got involved seven months after she received a ticket.

By then Hayley, who was injured in a serious road accident a few years ago and still suffers pain and anxiety, was very distressed.

Her evidence had been ignored and demands from APCOA’s debt enforcer ZZPS to pay the mounting fine was adding to her misery and health struggles.

++ If you’ve been affected by this issue or feel you’ve been a victim of injustice, please contact consumer champion Maisha Frost on maisha.frost@express.co.uk ++

“I turn to you as I don’t know where to go, please help,” was Hayley’s plea to Crusader when she explained how she had parked in a disabled parking bay before a hospital appointment.

“For the first time in the eight years since I’ve had a badge I omitted to display it, I’m in a lot of pain and forgot,” she explained.

When she returned she saw that failure had triggered a ticket so she sent in proof of her badge and appointment.

Six weeks later APCOA accepted that, but told her she was still on the hook as she had failed to purchase a pay-and-display ticket and show it. 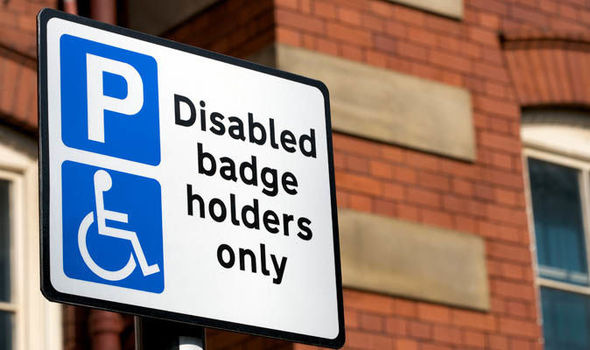 However like many NHS sites, the bay where Hayley was stationed operates on a pay-on-foot basis.

Visitors take their entry ticket with them and pay inside the hospital before exiting.

Large boards evidence that, so when Hayley replied she enclosed a photo.

“I didn’t want to antagonise them so I politely pointed out it was impossible for me to pay-and-display,” she says.

“They mentioned a separate appeal, but I’d done nothing wrong. I didn’t hear any more.” 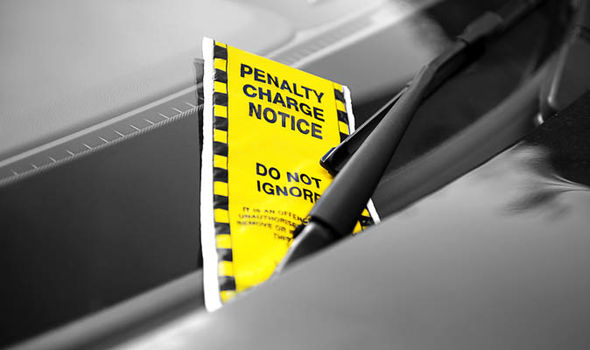 It took seven months for the authorities to reverse the parking fine (Image: GETTY)


They seemed determined to nail me no matter what, I was so scared.

In May though she got a demand from debt enforcer ZZPS demanding she pay up.

Dutifully she wrote to ZZPS, but was shunted back to APCOA who didn’t reply to her guaranteed delivery letter. ZZPS then told her the company had confirmed she was still wrong and owed over £100.

“They seemed determined to nail me no matter what, I was so scared,” says Hayley.

Like her we were appalled at how the companies cast her aside. After all, being entrusted to manage a hospital site with vulnerable people should have made them extra aware of the particular sensitivities.

We also thought Luton and Dunstable should know, given the growing public disquiet about parking charges in hospitals and calls for them to be scrapped.

How counter-productive, we thought, for the NHS to use public money to pay a company that failed a patient, suffering from anxiety, so she felt more stressed and may need more treatment.

But the time of eating humble pie was definitely over for Hayley we told all three.

The operator then stepped in, saying: “We issued a parking charge notice as [the] blue badge was not displayed. We have since cancelled the charge as a gesture of goodwill. Ensuring the well-being of our customers is one of our top priorities. We will look into our processes to see if improvements can be made in future.”

Luton and Dunstable Foundation Trust added: “As a gesture of goodwill, the charge was subsequently cancelled and APCOA have apologised for an administrative error which meant that [the] appeal process was inadvertently prolonged.”

“It’s been so bad I’ve been unable to sleep, so I can’t thank you enough,” Hayley told Crusader when we broke the happy news.

But neither of us buy the “gesture of goodwill”, however, a phrase although technically correct that implies generosity we find here misplaced.

When disabled people provide proof of their Blue Badge and right to park, the expectation is that any charges are cancelled.

A spokesman explained: “At POPLA we deal purely with off-street parking. The Department for Transport’s blue badge handbook is clear that the blue-badge scheme only applies to on-street parking.

“Private parking operators can, however, choose to recognise the blue badge scheme in order to meet their obligations under the Equality Act. 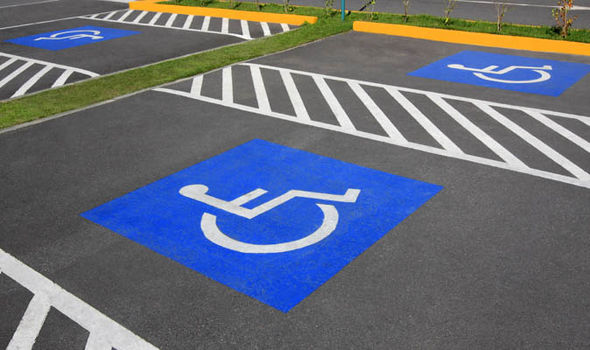 Authorities say the fine was reversed as a “gesture of goodwill” (Image: GETTY)

“If a motorist did not display a blue badge, a private land parking attendant would likely issue a parking charge because it appeared that the motorist was not allowed to be in the space according to the parking conditions.

“It might be reasonable for a parking operator to cancel that parking charge upon receipt of evidence that a motorist is a blue-badge holder, but there is no obligation for them to do so.

“When dealing with appeals our remit is to make decisions based on the facts and evidence. If the parking contract says a motorist parking in a specified space must display a blue badge, and the motorist does not, then the motorist has not kept to the parking conditions. In such circumstances, we would have to refuse the appeal.

“Of the appeals we have considered so far in 2018, only 3.6 per cent have referenced the phrase ‘blue badge’. Not all of these will relate to the specific circumstances of a motorist forgetting to display a blue badge.”

Hayley’s name has been changed.

Pension warning: Those approaching retirement targeted by scammers – what you should do

PENSION assets are, unfortunately, a common target for