The Korean technology giant has just released its most powerful smartphone to date and it could be the device many Android fans have been patiently waiting for.

The all-new Galaxy Note 9 goes on sale this Friday but Express.co.uk has already taken delivery of this feature-packed phone and here’s what we think.

The new Note 9 is basically a reboot of last year’s simply brilliant Note 8.

Place old and new side-by-side and, other than a new rear fingerprint placement, you’ll struggle to notice any difference.

However, tucked under the hood of Samsung’s latest flagship are a bunch of new features that makes this phablet one of the most powerful you can buy.

And the Galaxy Note 9 is a mighty device that promises to fix many irritations of the modern smartphone.

Samsung has crammed this oversized gadget with a bundle of extras that not only makes it last longer but also gives users a vast amount of space to store all of their digital lives.

If your phone is always full this mammoth update could finally mean you don’t have to keep deleting your precious files.

The 512GB option is expensive but you can also buy the Note 9 with 128GB of memory which cuts the cost by around £200.

Along with a device that’s always full up, battery life is another annoyance for smartphone fans but the new Note 9 helps bring some extra power via its huge battery.

During our tests, this thumping 4,000mAh power pack has lasted longer than all of its main rivals and should easily last you a full day if not longer.

This battery is seriously impressive and, during one of our tests, we managed to play the entire six-hour Star Wars trilogy whilst only losing 30 percent of the Note 9’s power – only Huawei’s P20 Pro has ever managed close to that.

And it’s not just the battery that offers oodles of power as the new and much faster 10nm processor makes this device a total delight to use with apps and games opening in the blink of an eye.

If you opt for the more expensive 512GB model you’ll also be treated to 8GB of RAM which improves the experience even further. 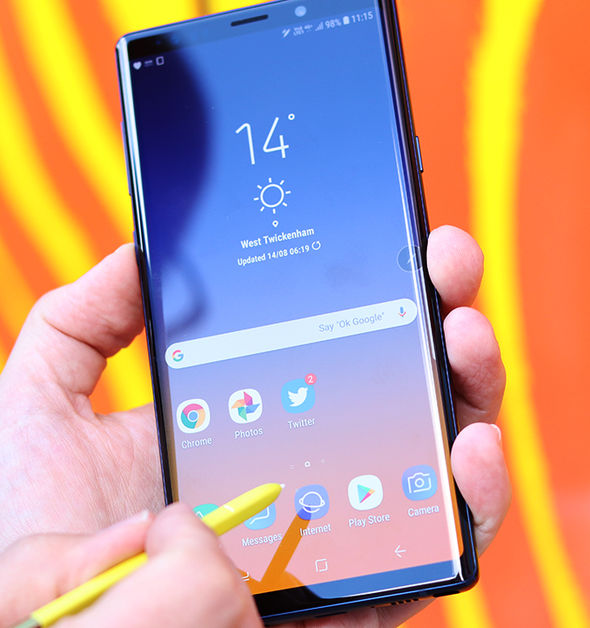 Of course, this is a Note phone so you’ll find the signature S Pen stylus tucked inside its glass and metal belly.

As well as getting some new colour schemes, including gold, this digital stylus has been improved and now features Bluetooth technology.

This means it can be used as a mini remote control allowing selfies to be taken, slide shows to be skipped or music controlled without touching the phone.

In reality this works really well with the Pen instantly connecting with the phone and offering a hassle-free experience.

If photography is your main focus then there’s more good news as the Samsung has upgraded the rear dual-lens snapper which now takes much better photos in low light.

There’s also a new Scene Optimiser which uses intelligence to identify elements of a photo, such as scene and subject, to automatically classify it into one of 20 categories.

This certainly helps if your photography skills leave a little to be desired as it sets the camera to match where you are – meaning you get an almost perfect snap every time. 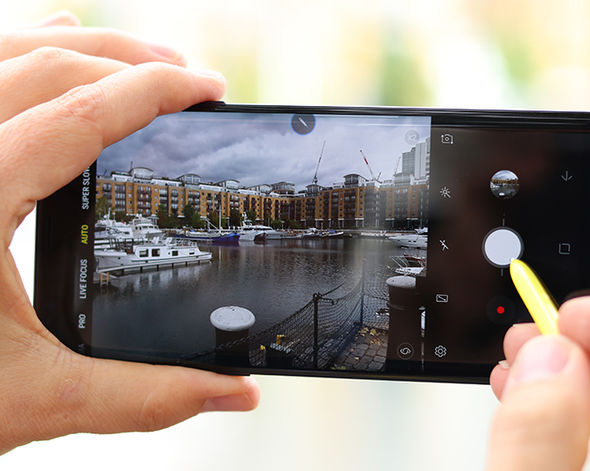 One new feature that’s not so impressive is the Flaw Detection mode which alerts you when you’ve taken a bad snap or when a subject has blinked.

In our tests it didn’t work that well and is fairly pointless as you can instantly see how good the picture is you’ve taken on that giant Infinity display.

And what a display it is.

Samsung continues to create some of the greatest screens in the business and the Note 9 once again excels.

Along with the stunning screen, the new Note 9 includes plenty of signature features we’ve come to expect from Samsung including AKG tuned stereo speakers, water-resistant design, heart rate sensor and the ability to fast charge that giant battery plus refill it wirelessly.

CHECK OUT SOME SHOTS FROM THE NOTE 9 BELOW 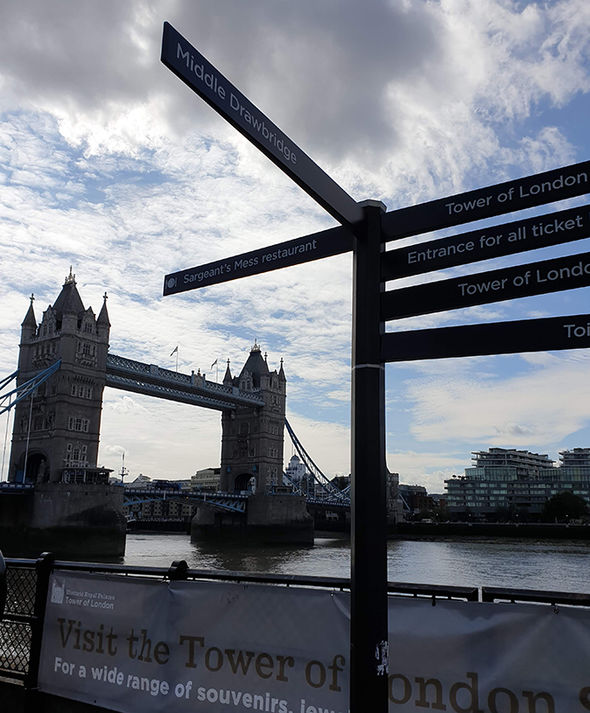 A test shot taken on the Note 9 (Image: EXPRESS NEWSPAPERS) 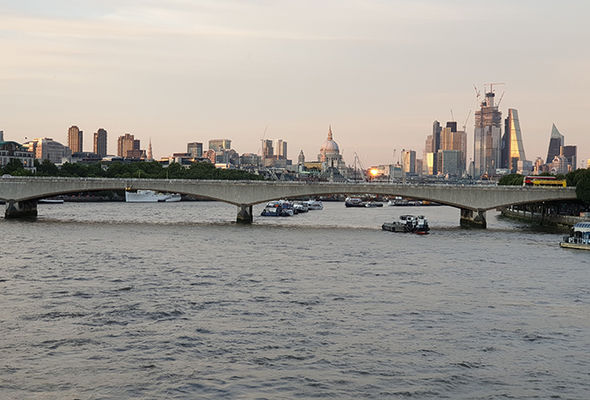 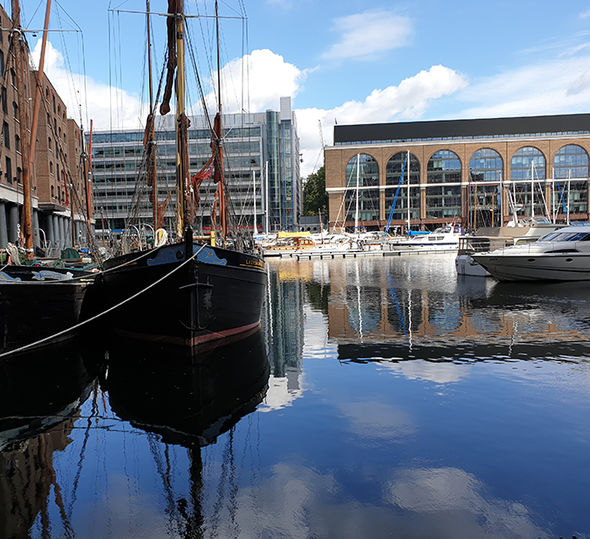 We’ve been genuinely blown away by this phone but the new Note 9 is not without its niggles.

Firstly we wouldn’t recommend this device for anyone with small pockets as it is an absolute monster which can make it awkward to live with.

Attempting to squeeze it into your jeans is an uncomfortable experience and only those that genuinely want, or need, a big screen should consider this device.

There’s also the facial recognition technology which has a huge habit of not always playing ball.

We actually gave up using this way of unlocking the device and went back to the old-fashioned fingerprint scanner instead.

Samsung really needs to get this fixed as this is something we have complained about on previous devices.

Having used Apple’s iPhone X, it makes the problem seem even worse as the US technology giant’s Face ID is almost flawless – something that can’t be said for the Note 9.

If we had to be really picky we’d also say that the design doesn’t move things on a great deal from last year. 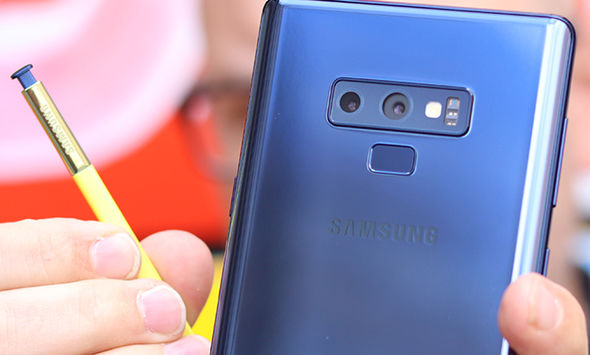 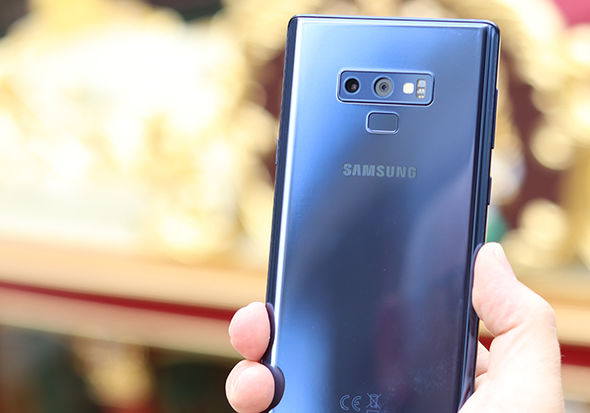 The design stays the same expect for a slight change to the fingerprint scanner (Image: SAMSUNG)

The screen is a tiny bit bigger and Samsung has fixed the nightmare of the terrible Note 8 fingerprint scanner but other than that they look almost identical and that includes the pointless Bixby button which continues to be placed on the side of the phone.

And that leads us on to our final issue and that’s the price.

That’s a big expense especially when you can pick up last year’s brilliant Note 8 for almost half that price.

Amazon is currently selling the older Note for just £562 and that’s a deal that’s hard to ignore. 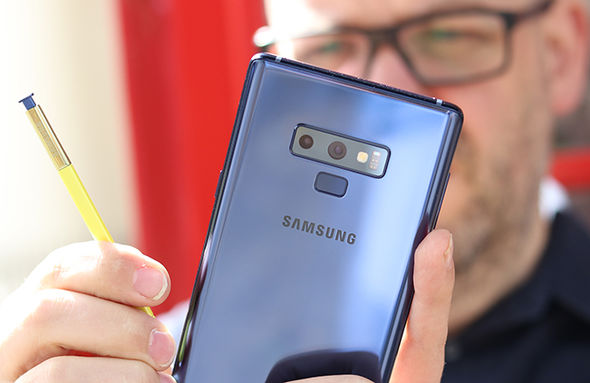 The new Galaxy Note is big on power, big on performance and big on price.

With one model costing over £1,000 it clearly won’t be for everyone.

There’s also the issue that it doesn’t really look any different from last year’s Note 8 which can make it appear a little less exciting.

But don’t, for one minute, think this is a boring upgrade as Samsung has made a truly brilliant smartphone.

The Note 9 is blisteringly fast, has that giant storage option and a battery that seems to go on forever.

The cameras are also brilliant and the update to S Pen adds some nice extra touches including that remote control functionality.

If you want a big phone there’s very little that comes close to the new Note.

And, if you have big pockets and love the Note series, it’s definitely worth considering when it hit stores this Friday.

Changes to this controversial tax break 'may be back on agenda' – would you be affected?

TAX changes are something many people are anticipating