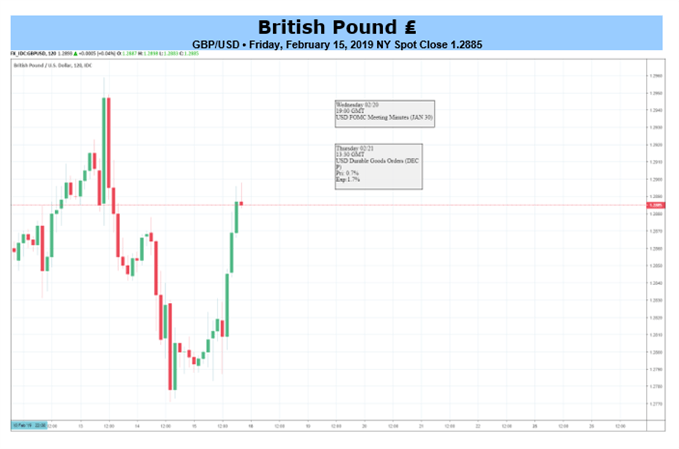 The DailyFX Q1 GBP Forecasts are available to download including our short- and medium-term look at Sterling.

Brexit and the British Pound: Why the EU Might Spurn a Last-Minute Deal with the UK.

The British Pound has struggled throughout the week and will close in negative territory but moves lower remain muted as sentiment continues to suggest either a soft deal or an extension of the Brexit date (March 29). MPs voted down a series of non-binding amendments on Thursday leaving PM until February 27 to get concessions from the EU and support from the House. If this does not happen, it is possible that Parliament will take over the process and try and formulate a plan that can command a majority vote. While hardline Eurosceptics still want the No Deal option left on the negotiating table, it is looking more likely that this will be dropped by a majority of MPs and if they can produce a viable plan, the EU may well shift its stance moderately to ease the process through. If the EU feel that a plan is workable, and both sides need more time to finalize it, then the withdrawal date will be extended to help seal the deal.

UK data this week was mixed with growth slipping lower, as expected, inflation coming in below market expectations, manufacturing and industrial production falling, while retail sales figures surprised to the upside.

Next week, the ONS will release the latest jobs and wages data on Tuesday, followed by January’s public finance numbers on Wednesday.

GBPUSD has lost around one cent on the week, due in part to a strong US dollar, and is trading either side of 1.2800 as we end the week. If markets believe that No Deal is still a medium-strong possibility, it is likely that cable would be trading much lower. Either way, the next couple of weeks should start to bring some clarity, albeit clouded by a lot of noise and headlines. 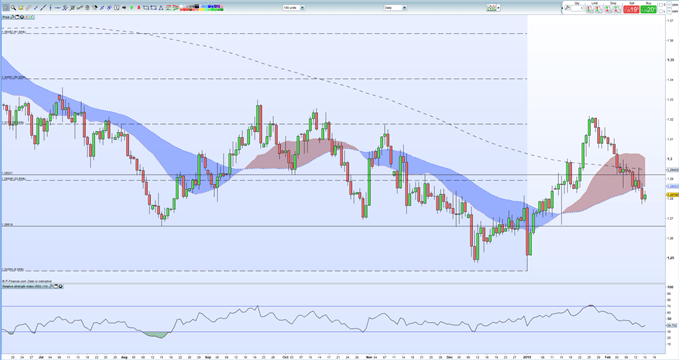 Traders may be interested in two of our trading guides, especially in times of volatility – Traits of Successful Traders and Top Trading Lessons – while technical analysts are likely to be interested in our latest Elliott Wave Guide.