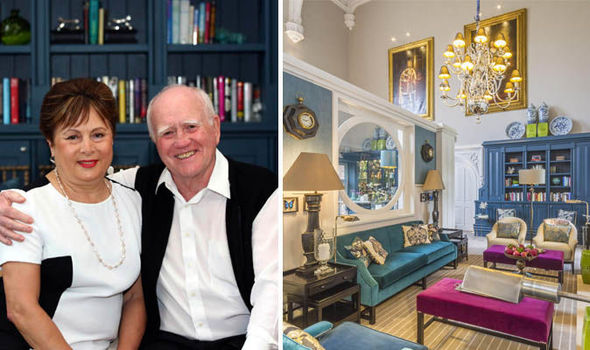 RETIRE IN STYLE… One of the extravagantly decorated communal areas at Audley Binswood (Image: nc)

Anxiety levels decline and from 60 to 64 we’re as happy as teenagers says the ONS, with happiness levels increasing well into our 80s.

It’s no coincidence that these are the years when most people will be easing off at work or retiring, with increasing numbers looking to take the strain out of life even more by moving into a retirement village or housing for over-55s.

A feeling of wellbeing has been one of the benefits of Claire and Alan Garnett’s move to Audley Binswood retirement village, near Leamington Spa in Warwickshire, five years ago.

Both had their own businesses, Alan in the automotive sector and Claire designing jewellery, but Claire says: “Since moving, our lives have changed for the better.”

Now in her early 70s, she adds: “It’s difficult to find words that describe the daily pleasure of being in a luxury environment where one’s every wish seems to be accommodated.

“There are no more lawns to mow, no more windows to clean, no more trying to remember the day the bins go out and no more worry about security when we are away from our apartment.

“Many people leave their retirement very late and don’t get to enjoy it but we now have the freedom to squeeze in as many of our hobbies as we can.” 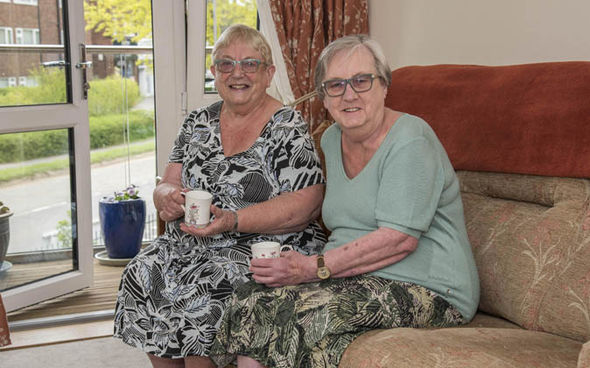 Claire is continuing to make jewellery – she had two shops in London and her designs were sold on cruise ships – and she is now teaching others, while Alan has written a biography of Claire called The Dancer.

Claire moved to England from Iran at 15 and within three years had a successful career as an Eastern dancer, with the Crown Prince of Saudi Arabia flying her in on his private jet to dance for him.

Prince Charles and other members of the Royal Family have also been entertained by her.

“Everyone always said I should write my story but we wouldn’t have been able to had we not been living at Audley, as maintaining a house takes up so much more time,” she says.

The Garnetts bought their home off-plan and the latest addition to Audley Binswood, Kenilworth Place, now has one-bedroom cottages for sale off-plan from £325,000 and two-bedroom apartments from £450,000 (01926 258049; audleyvillages.co.uk).

These will have access to the on-site Audley Club with its health club and swimming pool, restaurant, bistro bar and communal rooms.

A sense of community is exactly what Gloria Burrell and her husband like about their apartment in a McCarthy & Stone development, where Gloria’s sister Carol Coxwell also lives.

“We’re much more relaxed now and living here is much more convenient for our lives,” says Gloria.

“It does feel like we have an extended family beyond us sisters, which is lovely.” Gloria, 80, and Carol, 74, spent 44 years as neighbours after both married in 1966 and Gloria says: “I am glad we could share this experience together, as we always have.

“We have felt at home since moving. It’s like being on permanent holiday.”

She adds: “I really liked the idea of downsizing and of getting rid of all of the work involved in living in a house, such as maintaining the garden.” 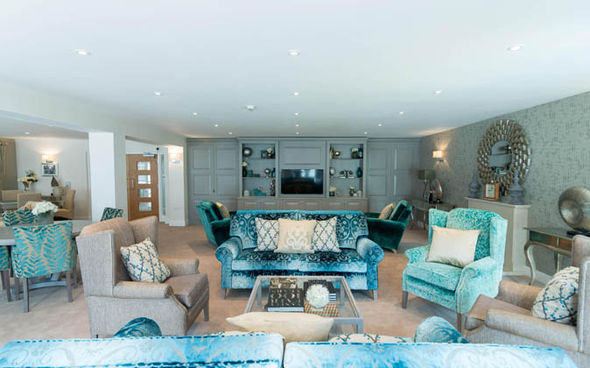 All the flats at Gloria and Carol’s development in Landmark Place, Denham Green in Buckinghamshire, have now been reserved but McCarthy & Stone’s Heritage Place in nearby Ickenham, Middlesex, has one-bedroom flats for sale in Lysander House from £399,950 and two bedrooms from £499,995 (0800 201 4811; mccarthyandstone.co.uk).

The retirement living-plus development has a stylish Club Lounge, Wellbeing Suite and a library as well as a restaurant and landscaped gardens. It’s also near a Tube station, for easy access to London on the Metropolitan and Piccadilly lines.

They are selling fast, though, with 80 per cent already reserved, another indication that the ONS is right to conclude that retirement developments are increasingly popular.

Pension: Secure your funds ahead of the ‘cleverest stealth tax of all time’ – RPI changes

PENSION assets are set to be impacted in