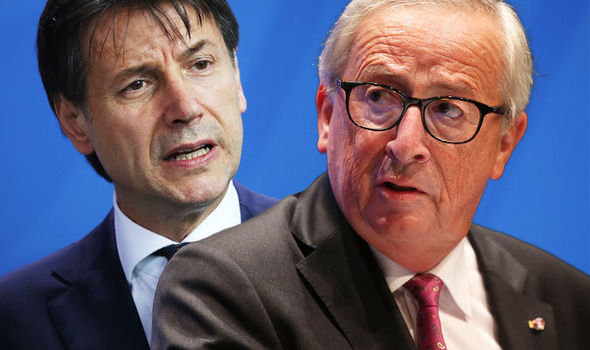 ITALY would put the entire eurozone “in jeopardy” if the populist nation stumbled into a deep economic crisis, according to a financial analyst. Rome rattled markets and risked the wrath of European Union chiefs this week after announcing proposals to set out a deficit goal of 2.4 percent of GDP for the next three years – three times the previous administration’s target.