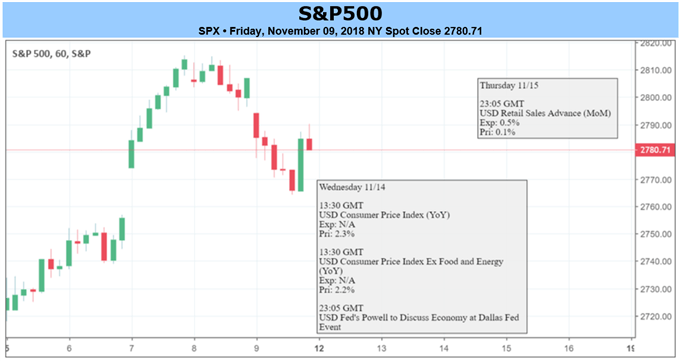 Trade Wars Emerge as the Headline Fear for US Equities

After a volatile week the S&P 500 closed Friday on a sour note, down roughly 1.00%. Still, US equities enjoyed a small rebound from October’s rout this week as they staged the largest post-election rally since 1982 on Wednesday. With the political uncertainty resolved in-line with the base case, a key risk factor has exited the landscape for US equities. The development allows for trade wars to retake the throne as the headline risk theme. 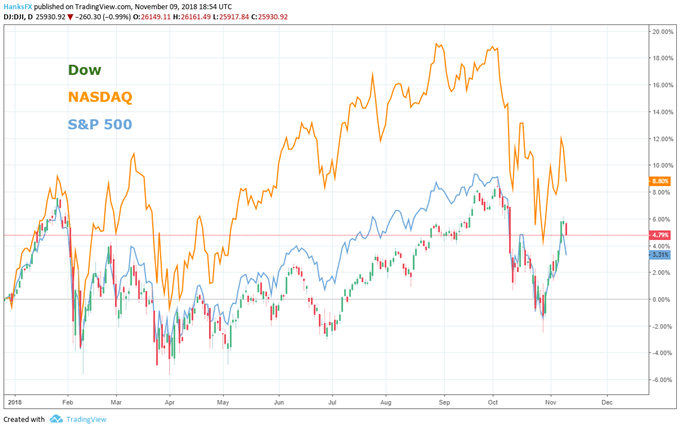 Learn about the differences between the Dow, Nasdaq, and S&P 500.

On Friday, White House Trade Advisor Peter Navarro commented on the US-China trade war saying “a trade deal with China will be on Trump’s terms, not China’s.” The curt comment supports last week’s comments made by Larry Kudlow. Despite a lack of hope from many officials, talks between China and the United States took place but covered other issues like the South China Sea and North Korea.

Read up on the history of trade wars to gain context for the US-China trade war with A Brief History of Trade Wars.

That said, the next scheduled opportunity for trade negotiations will be at the G20 meeting in Buenos Aires where President Trump and President Xi are scheduled to meet at the end of the month. Until then, progress should be hard to find and the conflict will remain a headwind for US equities.

Brexit Remains in Focus for the FTSE 100

Brexit news will continue to dictate the FTSE’s performance next week as the November 21st deadline touted by UK Brexit Secretary Dominic Raab approaches. Also on Friday, UK Transport Minister and Boris Johnson’s brother Jo Johnson, resigned from his chair. After his resignation he said the UK “was barreling towards an incoherent Brexit that is going to leave us trapped in a subordinate relationship to the EU.” His resignation is one of many in Prime Minister May’s government and signals the November 21st deadline may not come to fruition. 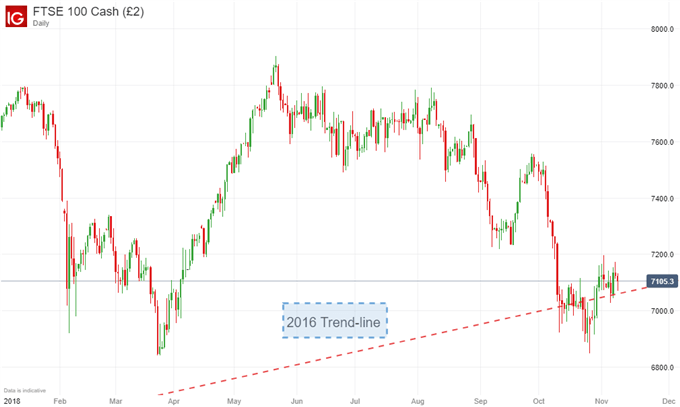 The German DAX will also be impacted by trade wars and Brexit but to a lesser extent. The driving force behind the German index next week will likely be German GDP data, set to be released on Wednesday. Another headline risk factor will be the ongoing Italian budget situation. Officials in Rome and Brussels have not reached an agreement and thus the issue continues to pose risk to Euro-area strength and stability. 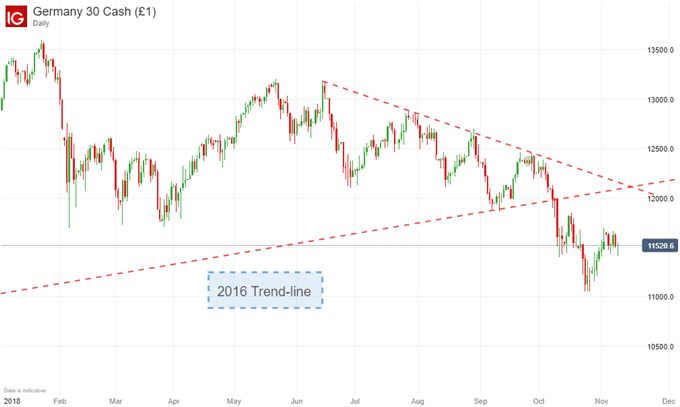 Learn how to trade the DAX.

DailyFX forecasts on a variety of currencies such as the US Dollar or the Yen are available from the DailyFX Trading Guides page. If you’re looking to improve your trading approach, check out Traits of Successful Traders. And if you’re looking for an introduction to the Forex market, check out our New to FX Guide.

US Dollar Forecast – US Dollar Rebound May Continue on CPI, European Politics