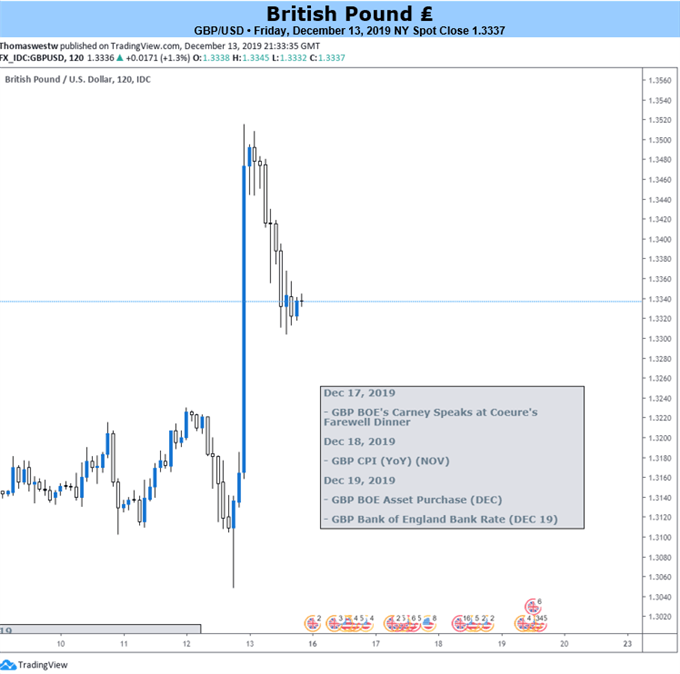 Today’s resounding election victory for the Conservative party has removed a significant layer of uncertainty around Brexit – and the UK – and will allow PM Boris Johnson to push through his plans in Parliament with greater success. The Labour party recorded one of their worst election showings for decades, spelling the end for leader Jeremy Corbyn, while the Liberal Democrats did not make the waves they were hoping to, with leader Jo Swinson losing her seat in Scotland and promptly handing in her notice. The SNP however made gains and are fully expected to keep calling for a second Scottish independence referendum, although PM Johnson will ignore these calls.

With the election now out of the way, Sterling should continue to find dip buyers in the short-term, although the medium- to longer-term outlook for the British Pound remains cloudy. Brexit is expected to be passed by January 31, 2020, when trade talks will take center stage, and these will, like all things Brexit, be difficult, fractious and long-running. Unless there is a change of heart by both sides, these negotiations will continue to restrict Sterling’s upside potential. Over the next week – the last full trading week of the year – Sterling is likely to range trade, with any sell-off opening the way for a short-term long trade. Liquidity will start to dry up next week, heightening the chances of a volatile move, so traders will need to remain disciplined.

The UK data calendar is busy next week, with releases including manufacturing and services PMIs, ONS jobs and wages data, the latest set of inflation releases, all followed by the Bank of England’s monetary policy decision. Data has taken a back seat over the last few months to Brexit and the General Election and will now start to come back into focus. Today’s election result will not be reflected in any data releases until early next year, but Bank of England governor Mark Carney will opine on the GE result next Thursday.

After hitting a post-exit poll high of 1.3515, GBP/USD has faded lower into the close of the week. The pair should find support around this week’s pre-poll highs around 1.3215, an area that may interest short-term Sterling bulls. 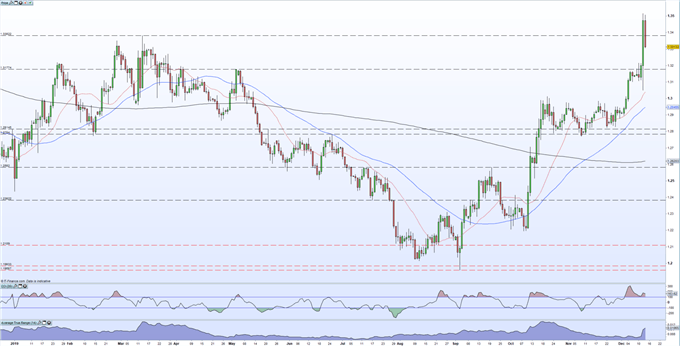 What is your view on Sterling (GBP) – bullish or bearish?? You can let us know via the form at the end of this piece or you can contact the author at nicholas.cawley@ig.comor via Twitter @nickcawley1.