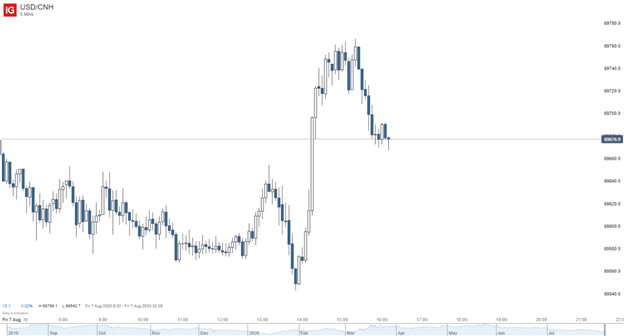 Although tensions cooled earlier this year following the signing of the phase-one trade deal, rhetoric picked up once again as China’s actions in Hong Kong garnered condemnation from The United States. U.S. Secretary of State Pompeo said that the move by the United States sends a message that the actions taken by Hong Kong’s government officials are not acceptable. China has yet to officially respond to the latest move.

Looking at U.S. equities, the key stock indexes reacted negatively to the news, with the S&P 500 and Dow Jones down 0.12% and 0.27%, respectively. This follows a better than expected jobs report, which revealed the U.S. unemployment rate dropping to 10.2%, with 1.7 million jobs added. A potential response from the Chinese government could potentially be delivered in the coming days, which could further spur risk-aversion.

STATE PENSION payments are available to many Britons