Traders in London-listed stocks need to be careful after Brexit on January 31 as potentially difficult trade talks between the UK and the EU begin in earnest. UK Prime Minister Boris Johnson has said the so-called transition period will not be extended beyond the year-end, leaving open the possibility of a no-deal Brexit on December 31.

Any suggestions, therefore, that the negotiations are in difficulty would likely increase the chances of a downturn in UK equities, which have traded broadly sideways so far this year. 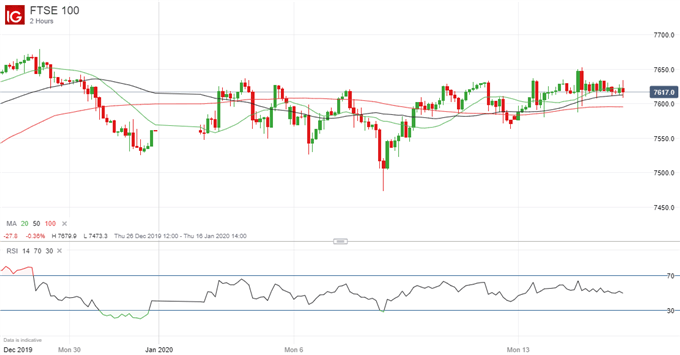 Any signs of disagreement in the trade talks between the UK and other countries, notably the US, could also dampen sentiment towards London stocks. However, note that the FTSE 100 index of leading London-listed stocks is composed of many companies – such as banks and miners – that operate internationally. There could therefore be a greater impact on the broader FTSE 250 index of medium-sized companies, which is more UK-oriented. 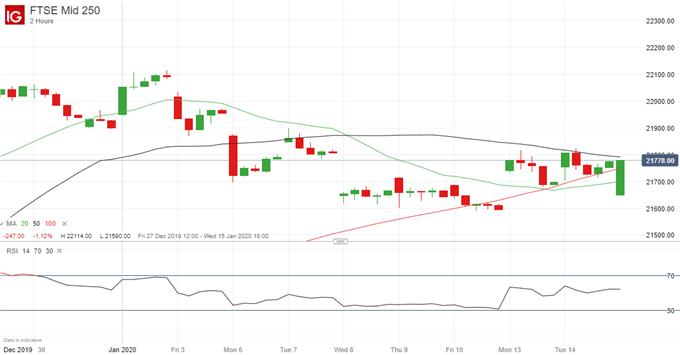 As the chart above shows, the FTSE 250 has already been lagging behind the FTSE 100 so far this year and it would likely be hit hard if there were hints that the trade talks are not going well, with many experts warning that a year is a very short timeframe to agree a deal. These negotiations often take several years to conclude and then need to be put into law.