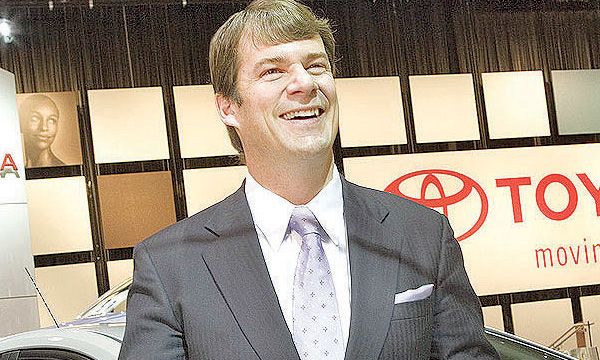 Highlights of Jim Farley’s automotive career, which started in 1990 when Toyota hired him in its strategic planning department

2002: Named vice president of Scion, overseeing the launch of the youth-oriented brand

2008: Delivered emotional speech at a Las Vegas dealers meeting, saying the work he was doing at Ford was “more important” than what he did at Toyota

2012: Named head of Lincoln, in addition to his marketing, sales and service role

2014: Oversaw Lincoln’s expansion into China and the launch of the MKC crossover

2015: Named president of Ford of Europe, Middle East and Africa

2017: Returned to the U.S. as president of global markets

2019:
March: Joined Twitter with post about his classic 1973 Bronco
May: Named head of new businesses, technology and strategy; played key roles in partnership deals with Volkswagen and Mahindra
November: Introduced Mustang Mach-E with CEO Jim Hackett. Farley in 2017 halted work on the compliance car under development and encouraged the team to develop a bolder EV, telling them to “think Mustang.”