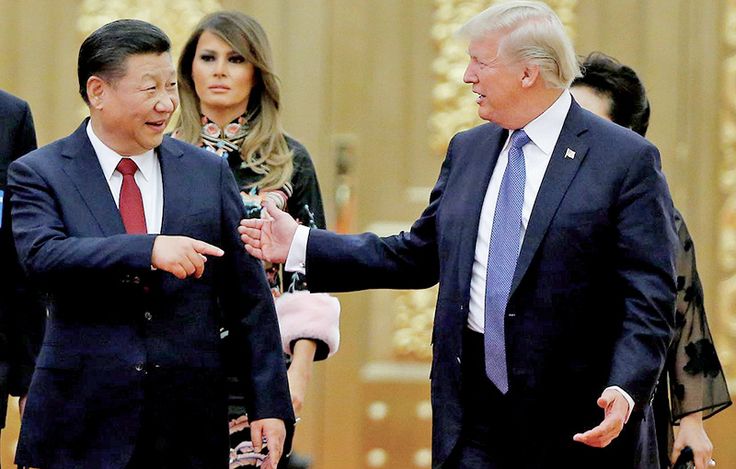 Even before being elected, President Donald Trump, here with President Xi Jinping, promised to revisit trade deals with China.

A blow-by-blow account of the U.S.-China fight over imports

April 2017: Trump meets with Chinese President Xi Jinping for the 1st time and agrees to a 100-day plan for trade talks.

March 2018: Trump orders 25% tariffs on imported steel and 10% on aluminum, affecting auto suppliers and material exporters to the U.S.

December 2018: The U.S. and China agree to a 90-day halt to new tariffs. China announces it will temporarily remove additional 25% tariffs on U.S. autos and 5% tariffs on certain U.S. auto parts for 3 months starting Jan. 1. U.S. auto imports would be subject to China’s standard 15% tariff rate on foreign autos during this time.

April-May 2019: U.S. and Chinese negotiators hold talks in Beijing and draft an agreement. In May, Beijing backtracks.

August 2019: China says it will impose new tariffs by year end on $75 billion worth of U.S. goods, including vehicles, in retaliation for duties the Trump administration threatened on Chinese goods. China also says it will reintroduce a separate 25% tariff on vehicle imports on Dec. 15.

November 2019: Automakers await a decision from the Trump administration on whether it would impose up to 25% tariffs on U.S. light-vehicle and auto part imports after a 180-day review period elapses.